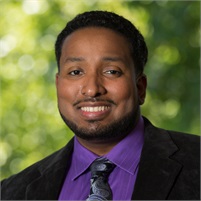 Jason’s primary role is account implementation and process as well as serving as a focal point for client communication regarding their investment accounts and tax issues. This includes assisting in securities trading. His favorite part of his job is conversing with clients and working with the other team members to answer client questions and conduct research on client issues. Jason has been with Paul R. Ried Financial Group, LLC since 2005.

Jason is an Investment Adviser Representative (IAR) with his Series 7 and 66 registrations. Before joining Paul R. Ried Financial Group, LLC, Jason was the youngest ever service manager for Sylvania Lighting Services and was in charge of the Northwest territory (4 states), where he ensured timely and effective lighting maintenance to commercial businesses in his region. Jason attended City University to pursue his Microsoft Networking Certification.

Jason is a Seattle native and enjoys all Seattle sports teams. Most notably he has been a PROUD Seattle Seahawks season ticket holder since 2009. Jason also likes to get involved with charitable work. He has been involved with the Big Brother and Sister of Seattle program since 2011. He enjoys relaxing in his free time and spending time with his friends and family.