What is McDonald's Big Mac Saying About the US Dollar?

The purchasing power of the US Dollar has been increasing versus a wide range of global currencies over the last year. As you can see below, the US Dollar has dramatically appreciated against almost every major currency except for the Chinese Renminbi (which is closely pegged to the value of the US Dollar). Although, only time will tell if this is sustainable. 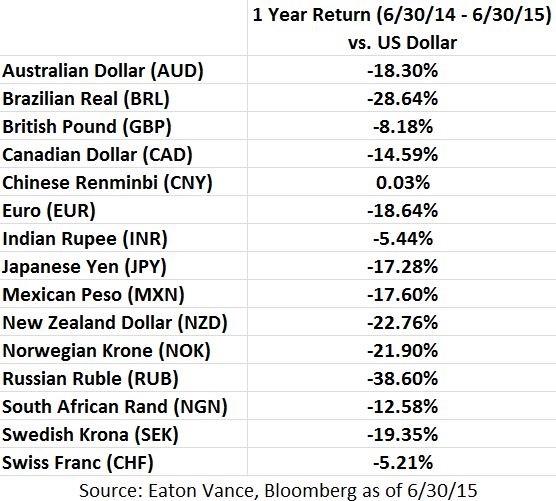 The Economist recently highlighted how this relates to an old "Big Mac Index". Below is a quick video describing the Big Mac Index

This is what the Big Mac index says today...you can also view the bigger interactive version here 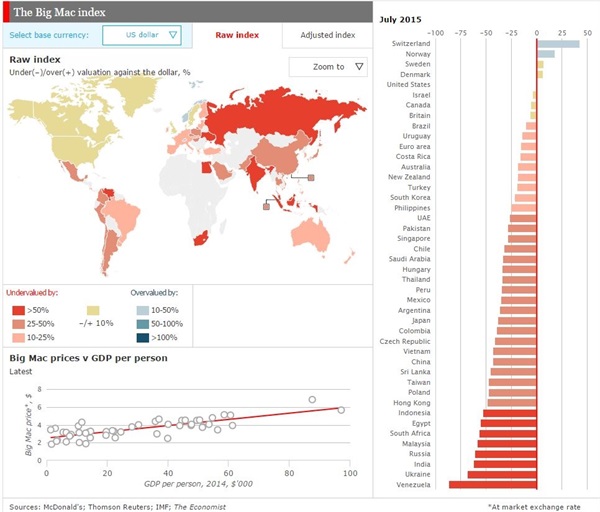 According to the raw "Big Mac Index", there are now very few currencies that are not undervalued vs the US Dollar. However, as the Economist points out.....

Below is a look at their "Adjusted Big Mac Index"..... 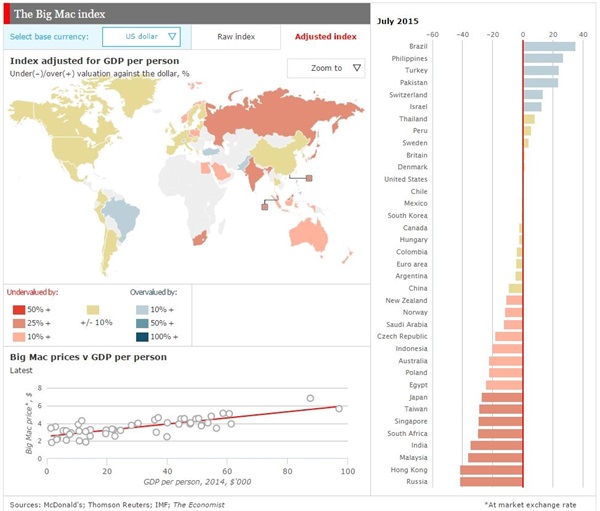