The Math & Emotion of Living Through Market Declines

Stock markets always tend to fall much quicker than they rise, although this time does appear to have broken some records in that regard. The below chart shows the number of trading days it took before historical market sell-offs reached the -30% level from all-time highs. 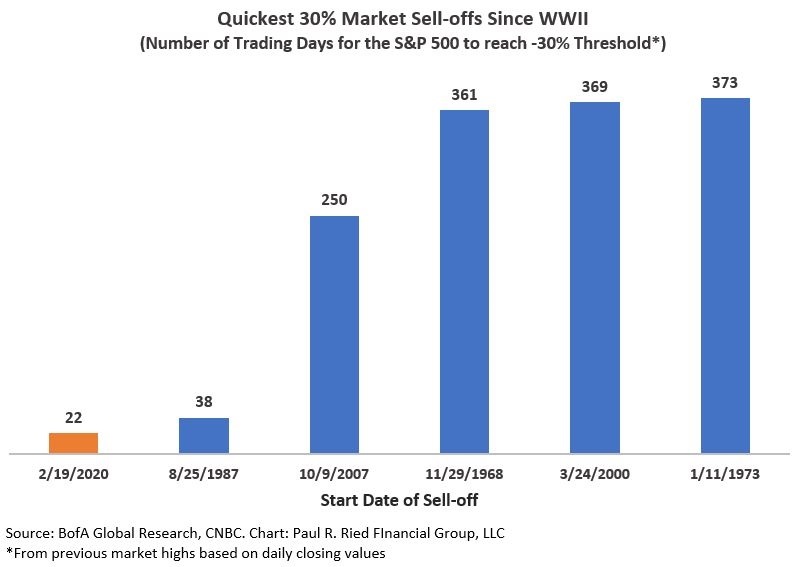 While the 1987 sell-off technically took 38 days from it’s all-time high to break below the -30% level, it should be noted it does hold the single-day sell-off record of -20% (what is often now referred to as Black Monday). The complete peak-to-trough fall during that bear market was -34%.

The 1987 episode highlights how our perception of a situation can be greatly influenced by where we anchor our return measurements.

The below chart helps illustrate why market declines can feel exaggerated on the way down.

Let’s put this into some historical context to see what I am talking about. The below chart shows all Post-World War II bear markets (losses of -20% or more as measured by the S&P 500), as well as the depth of bear markets that are associated with recessions vs those that took place without recessions. 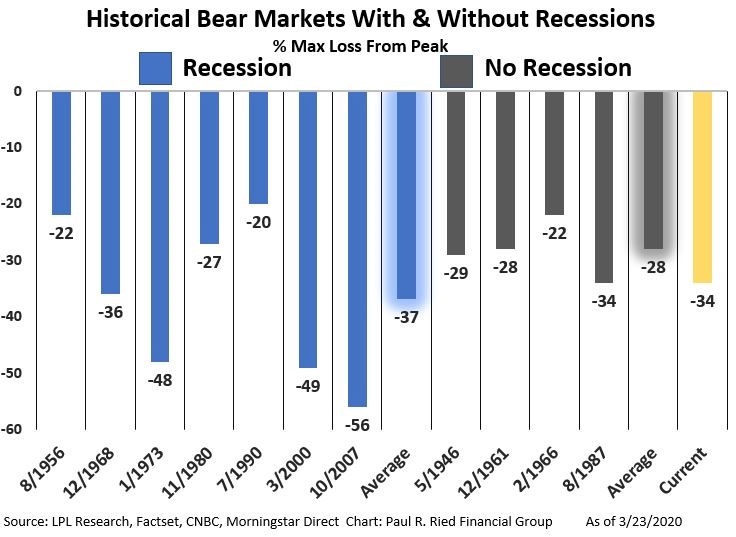 Let's look at the 12/1968 bear market of -36% and compare that to the 3/2000 bear market of -49%. Intuitively someone might assume the 1968 bear market would need to fall 13% to match the 2000 bear market. However, if we look back at the chart before this one we realize that it’s really about perspective. For someone adding additional money at the -36% level or someone who has re-adjusted their mental ‘anchor’ point, the fall would appear much deeper. As our previous chart shows, from this new lower level, it would be about a 20% decline.

Just think of this in terms of when you might be watching CNBC or some other financial news station and they always seem to focus on DOW points, rather than percentages. Well, 1,000 DOW points represents a 3.3% move from 30,000 (close to it’s peak) but it represents a 5% move from 20,000. This same concept is why it takes a 100% gain to recover from a 50% loss.

When it comes to sticking to your long-term plan, it’s important to know when your personal ‘anchors’ might be exacerbating your emotions. It can be easy to just throw in the towel after experiencing losses, with the hopes of getting back in later. However, experience tells us this is a recipe for disaster

Below are the last five 30% sell-offs in the S&P 500 that took place from previous market highs (with the -30% level highlighted in orange). While investors may feel some temporary relief to not participate in further losses, markets can rebound quickly and rest assured they don’t announce their turnaround ahead of time. In fact, it is around market bottoms that headlines can sound most dire. 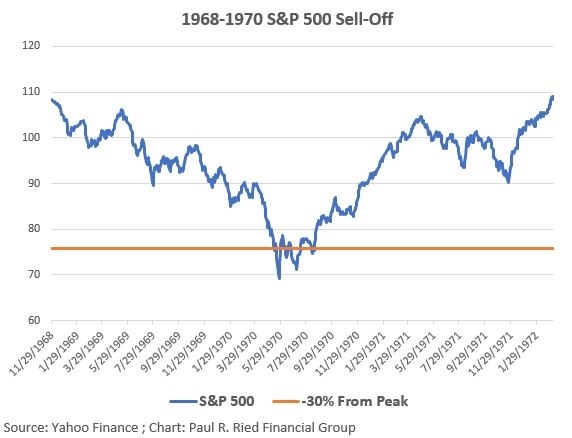 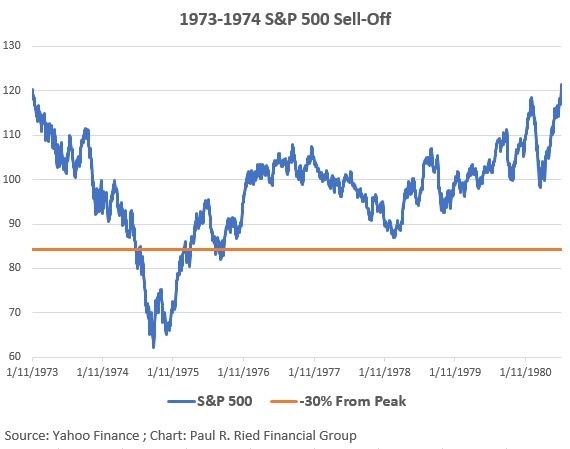 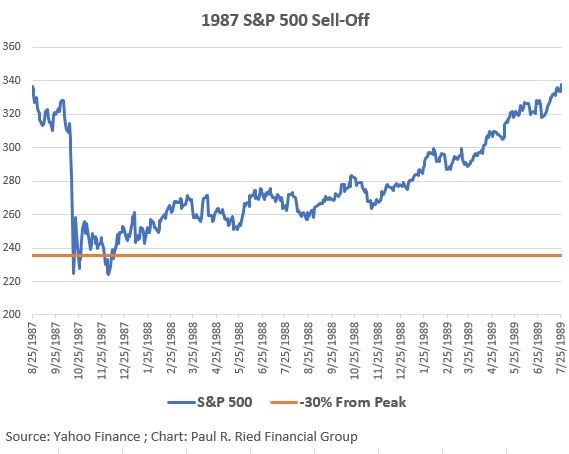 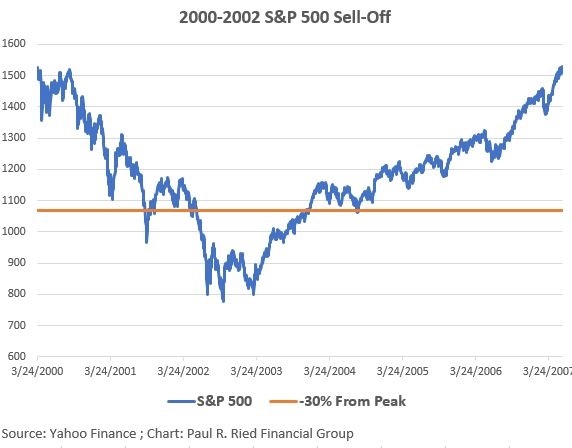 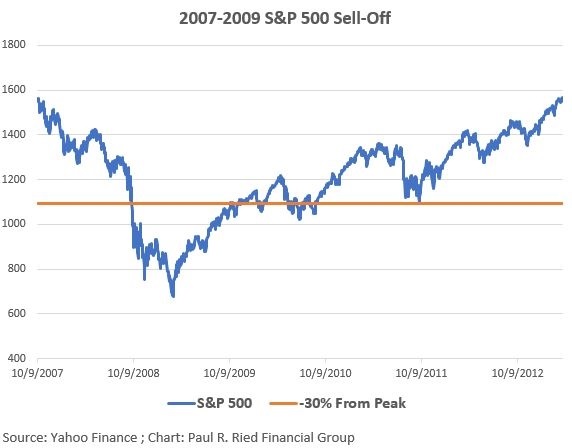 While past performance is no guarantee of future results....It definitely highlights the dangers of market timing.

1 - Morningstar Direct
Opinions expressed are not intended as investment advice or to predict future performance.  All information is believed to be from reliable sources; however, we make no representation as to its completeness or accuracy.  All economic and performance information is historical and not indicative of future results. No investment strategy can ensure profits or protect against loss. The S&P 500 is an unmanaged group of securities considered to be representative of the stock market in general.  You cannot invest directly in an index. Past performance does not guarantee future results.